The Athabasca oil sands deposits are in Northern Alberta, Canada. These deposits date back more than 100 million years, cover an area in excess of 30,000 square kilometres, and are one of the largest known accumulations of hydrocarbons in the world.

Heavy minerals have long been known to exist in Alberta's oil sands in minor quantities. These minerals are attracted to bitumen and become greatly concentrated by the oil sands bitumen extraction process. The final stage of bitumen extraction from oil sands occurs in the froth treatment process. Froth treatment tailings from this process contain the majority of the heavy minerals as well as residual bitumen and solvent.

Titanium Corporation has developed  unique and environmentally friendly technologies to recover heavy minerals, primarily titanium minerals and zircon sand and a significant portion of the bitumen and diluent from this tailings stream (the "Oil Sands Project").

This project is particularly novel in that it reduces fugitive methane emissions from tailings ponds.  By recovering the process naphtha in the froth treatment tailings pipe, fugitive emissions due to methanogenic fermentation in tailings ponds are avoided.  CVWTM is a disruptive technology that has the potential to change the environmental performance of the oil sands industry, recover lost hydrocarbons and create a new minerals industry. The unique innovation resides in the ability to efficiently recover hydrocarbons from froth treatment tailings (FTT) leaving them cleaner than current froth treatment processes and resulting in significant fugitive methane emissions avoidances from tailings ponds. 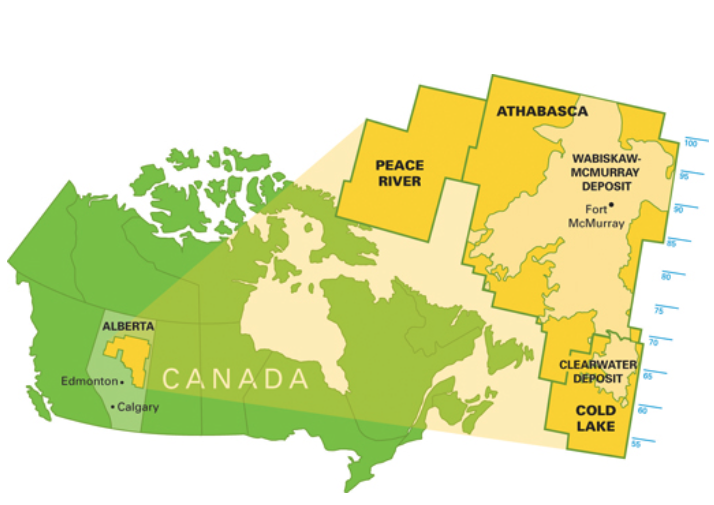 Titanium is focusing its technical, engineering and financial resources on the commercialization of its Oil Sands Project for the following reasons: